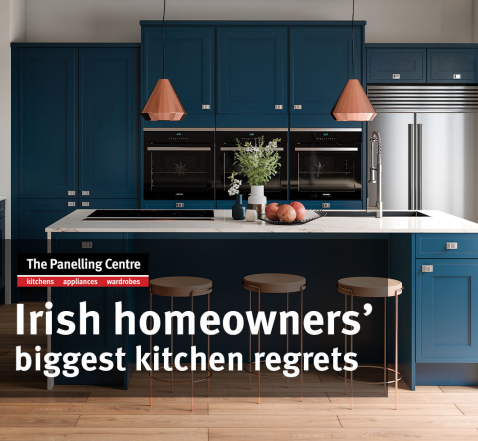 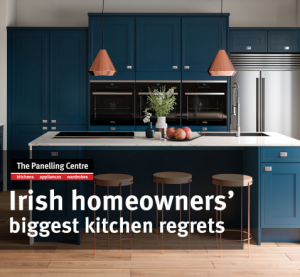 Lack of storage, poor layout and poor materials are just some of the most common kitchen mistakes

It may be the heart of the home but new research from The Panelling Centre reveals that when it comes to renovating our kitchens, many of us are living with some kitchen regrets. The research of 475 homeowners reveals that 83% made changes to their kitchen when moving into their home with 46% saying it was the biggest renovating challenge they faced.

Despite the majority making improvements to their kitchen, almost a quarter say they are unhappy with their current kitchen layout and 82% say they would consult a professional if they were redoing their kitchen in the future.

Regrets, I’ve had a few

According to The Panelling Centre research, the top 5 kitchen regrets are

Commenting on the findings, Anthony Ridgeway, General Manager from The Panelling Centre said: “The kitchen is one of the most important and personal rooms in anyone’s home so it’s no surprise that so many of us want to put our own stamp on it when we move house. However, before undertaking any redesign of your kitchen whether it’s a full-scale renovation or some small upgrades and improvements, it’s always a good idea to really think about how you use the space and what you want to get out of the space before starting any work. You don’t want to make any potentially costly mistakes or be disappointed with the final result afterwards. At The Panelling Centre, we offer free design consultations at our branches nationwide and our expert team can advise on all aspects of kitchen design from layout to tailoring the kitchen to suit your own specific needs.”

For more information about clever kitchen solutions, customers can visit www.panellingcentre.ie to locate their nearest branch or do a walkthrough of the showroom virtual tour. All branches nationwide (Dublin, Limerick, Cork, Clare and Galway) have extensive showrooms that are open to the public, either drop in to browse the wide range of kitchens available or book an appointment online to meet with an expert designer.