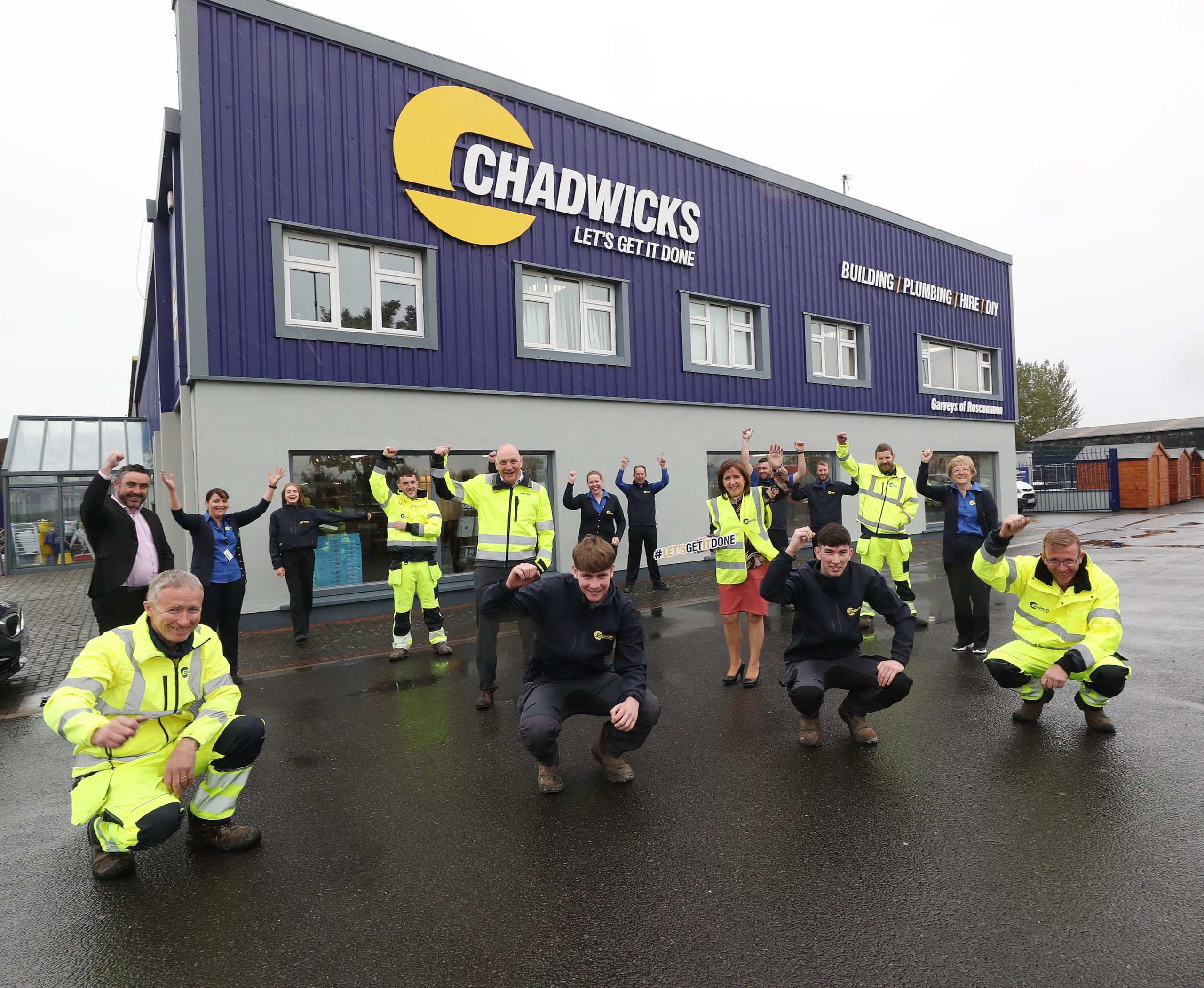 Chadwicks Group, Ireland’s leading builders’ merchants has announced that Garveys on the Lanesboro Road in Roscommon will be rebranded to Chadwicks from the 11th of September.

Garveys has a proud history in the region and can trace its roots back to Patrick and Judy Garvey who started the business from their home in Ballyhard Co. Galway in 1861. The original business included farm supplies, grocery, drapery and of course building supplies. Successive generations of the family continued the business and in 1957, Garveys expanded into Ballinasloe and Tuam. Trucks carrying the slogan ‘Here comes Garvey – There goes Garvey’ were a common sight on the roads of Galway at the time.

In 1984, Sean Garvey expanded the business into Roscommon when he purchased John Costelloe’s on Castle Street. As the business continued to grow Garveys moved to its Lanesboro road premises in the 1990s. In 2005, it became part of Heiton Buckley and today is the next step in the company’s rich history as it joins the Chadwicks family.

Today’s announcement is part of an ongoing nationwide rebrand by Chadwicks Group which commenced in 2018. Chadwicks in Roscommon is the 23rd branch to have undergone extensive refurbishment.

While there are changes and enhancements to the branch, the team of 14 highly trained merchanting specialists remain the same and customers can expect to still receive the expert product knowledge they have come to enjoy over the years.

Commenting on the rebrand, Marion Cunningham, Chadwicks Branch Manager, said: “We are delighted to officially announce that we are now Chadwicks. Garveys has been part of Roscommon town since the mid-80s and today’s announcement is a significant milestone in the history of our company. Our new showrooms have been designed with the customer in mind and we are very much looking forward to showing off our newly revamped premises to our customers.

Visitors to the branch can expect expanded product ranges from top name brands, upgraded showrooms coupled with the expert product knowledge from our talented team”.