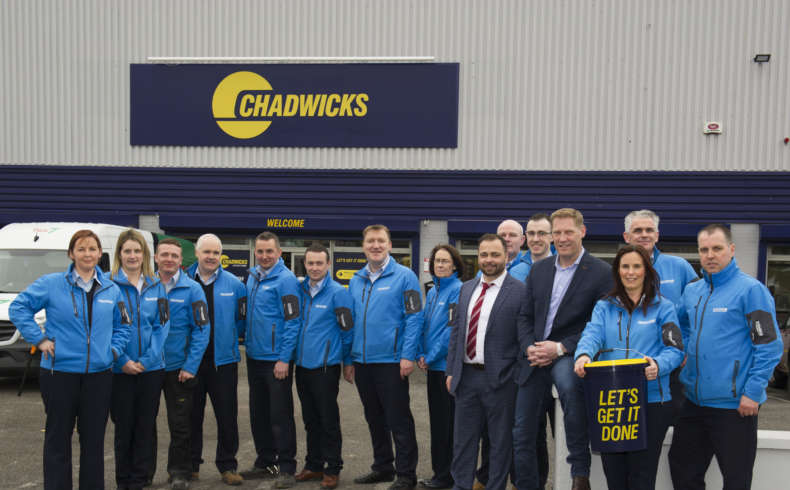 10 DIY jobs to complete before the end of the summer

·         Painting walls, hanging up pictures and clearing out roof gutters are some of the top jobs on our DIY summer bucket list

Over half (56%) of Irish people have up to six DIY jobs on their ‘to-do’ list at any one time and 17% have more than 10. That’s according to a new survey by Chadwicks, Ireland’s leading supplier of building materials, bathrooms, heating products & home and garden products.

The survey into our DIY to do-list was carried out among 313 Irish adults to launch Chadwicks new 25 litre bucket, the perfect partner for any home improvements or renovations this summer.

According to the Chadwicks survey, 48% of those polled admit to letting odd jobs build up around the home rather than tackle them straight away. Over 1 in 5 (22%) have had something on the to-do list for six months while 39% say that some of the DIY jobs they mean to get around to have been on their list for more than a year!

A lack of time (41%) and not having the right tools for the job (34%) are cited as the main stumbling blocks to getting the task done.

Grand stretch in the evenings

With summer just around the corner, 93% say they’re more likely to tackle items around the home during the brighter evenings. 29% say having guests coming to stay finally motivates them to get a job done while for 26% it’s about simply having the free time.

Although 82% say they prefer to tackle the interior of the house first, 92% say the summer will make them more focussed on the exterior of their homes.

Chadwicks also asked those polled what jobs are on their current to-do list. Based on the research, Chadwicks has put together its ultimate summer DIY bucket list – 10 jobs to complete this summer.

The top 10 DIY jobs on the summer bucket list are:

Like I told you last month, I’ll do it tomorrow

Over half (57%) say they have fallen out with a partner or a housemate over failure to fix something in the house. Not doing the job on time was the source of the argument for a fifth of those surveyed, 54% say a row started because the person simply didn’t do the job while 6% say their temper became fraught due to the person making the broken item even worse!

Getting the measure of the job

They say a bad workman blames his tools but when it comes to getting the job done, it seems we don’t always have the right tools for the job. The survey finds that a measuring tape is the item we’re most to forget at the start of any DIY job (17%) followed by nails/screws (15%), and the right screwdriver (15%). 57% of current tool owners point to price as the main consideration when adding to their toolkit along with the brand (41%) and compatibility with their other tools (33%). Price was also important for those looking to buy tools for the first time at 78% along with how simple the tools are to use (56%) and getting a demo beforehand (28%).

Commenting on the survey Pat Moore, Category Director, Chadwicks said: “Whether you’re a professional or simply a DIY enthusiast, at Chadwicks we have the right tools and materials to help you get the job done. Our expert team offer unrivalled product knowledge and customer service. No matter how big or small the job is, pop in to your local Chadwicks branch today to get started.”

The Chadwicks 25 litre bucket is in branches nationwide from today and retails for €6. To locate your nearest branch, visit www.chadwicks.ie

Chadwicks Group (formerly GMROI) is Ireland’s leading building merchanting company with 49 stores and employing 1,300 in the Republic of Ireland. Offering unrivalled value, expertise and knowledge to the sector, Chadwicks Group (formerly GMROI) has contributed to the fabric of everyday life in Ireland for 200 years, supplying products and building materials for homes, hotels, buildings and roads throughout the country.